Water in many ways defines us, after all we are 50% water, so when a chorographer decides to create  modern ballet to be performed in water the result must be anything but normal.


Lisa Wilson’s modern dance Lake requires the entire stage to be literally flooded to create an environment akin to an Australian outback lake. It creates a sense on one hand of the benign and at the same time fearful. The ballet like life itself mirrors and reflects our joys and disappointment.


Three dancers Kristina Chan, Hsin-Ju Chin and Timothy Ohl turn in stunning performances, both in their physical energy and grace. The entire ballet takes place in water to symbolise a lake  requiring considerable strength and as anyone who has walked through water will testify. Their movements create a new kind of texture and patterns with the displaced water their bodies create.


This dance company hails from Queensland, so dancing in water up there would be fine, how compatible the dance was in the terms of warmth here in Hobart’s Theatre Royal is another question. But they survived much to their credit.


This work is highly original in choreograph and action keeping the audience on their seats edge. At times I felt that they must be drinking a lot of water as the level went down as they threw each other vigorously around. It would be possible to drown even in this shallow water.


Lisa Wilson with twenty year international career behind her has yet again presented a distinctive and physically demanding piece of theatre
Posted by Peter Kreet at 2:23 AM No comments:


Driving down to the Tasman Peninsula last week I was struck by two immediate impressions, firstly the  amazing regrowth of our eucalyptus trees ability to start life afresh. Secondly, the spectacular coastal beauty of this southern coastlines which must rank as some of the best on the eastern coast line of Australia, with sandy beaches and dramatic sculptural cliffs. This is a far cry from the early days of settlement when there was a necessity to navigate lines of savage dogs and man traps at Eaglehawk neck. Security measure to keep convicts in the notorious Port Arthur Penal Settlement.

Today this part of Southern Tasmania offers some of the most scenic and specular walks in the state. My wife and I had decided to walk to Cape Huay and the lanterns, a track that takes the hiker up and over a plateau, down steep gullies and up on to the rocky cape. The walk will take a fit walker about four hours return. Along the way you can observe at close range the burnt forest trusting their grey bare arms ever skyward as though crying out for divine intervention, while new growth struggled to revive the trees for a new lease of life.

This walk has recently been up graded by Parks and Wildlife to boast a stepped path of several thousand stone steps, not that I kept count but there were a lot. The track crosses small gullies and wet lands with little stone bridges until you arrive at some spectacular views out across the southern ocean. At times the walker needs to navigate around and along these cliff face, great care is called for, on the day we undertook this walk a strong southern winds was lashing the high cliffs and at times it seemed possible that we would be blown away 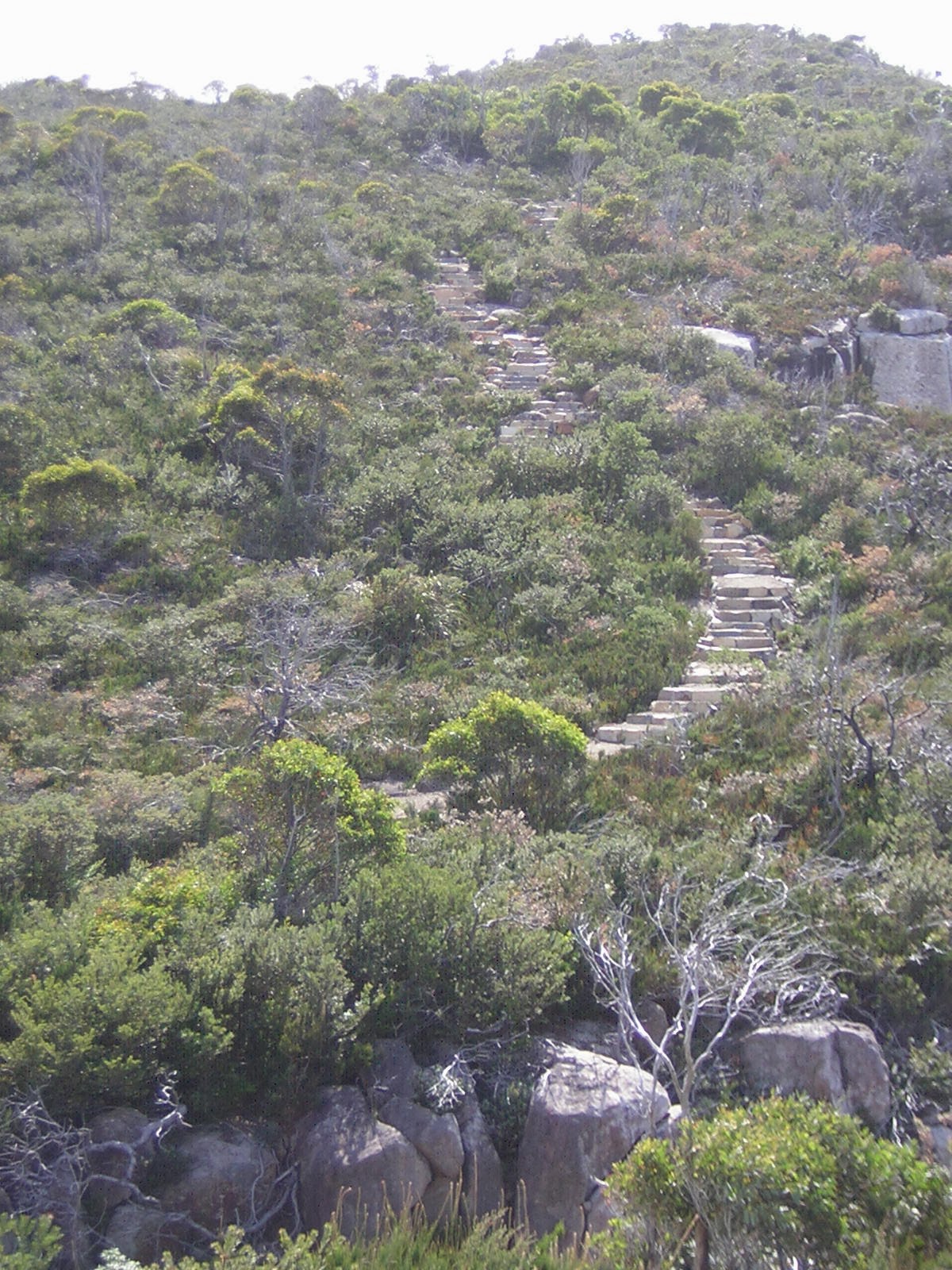 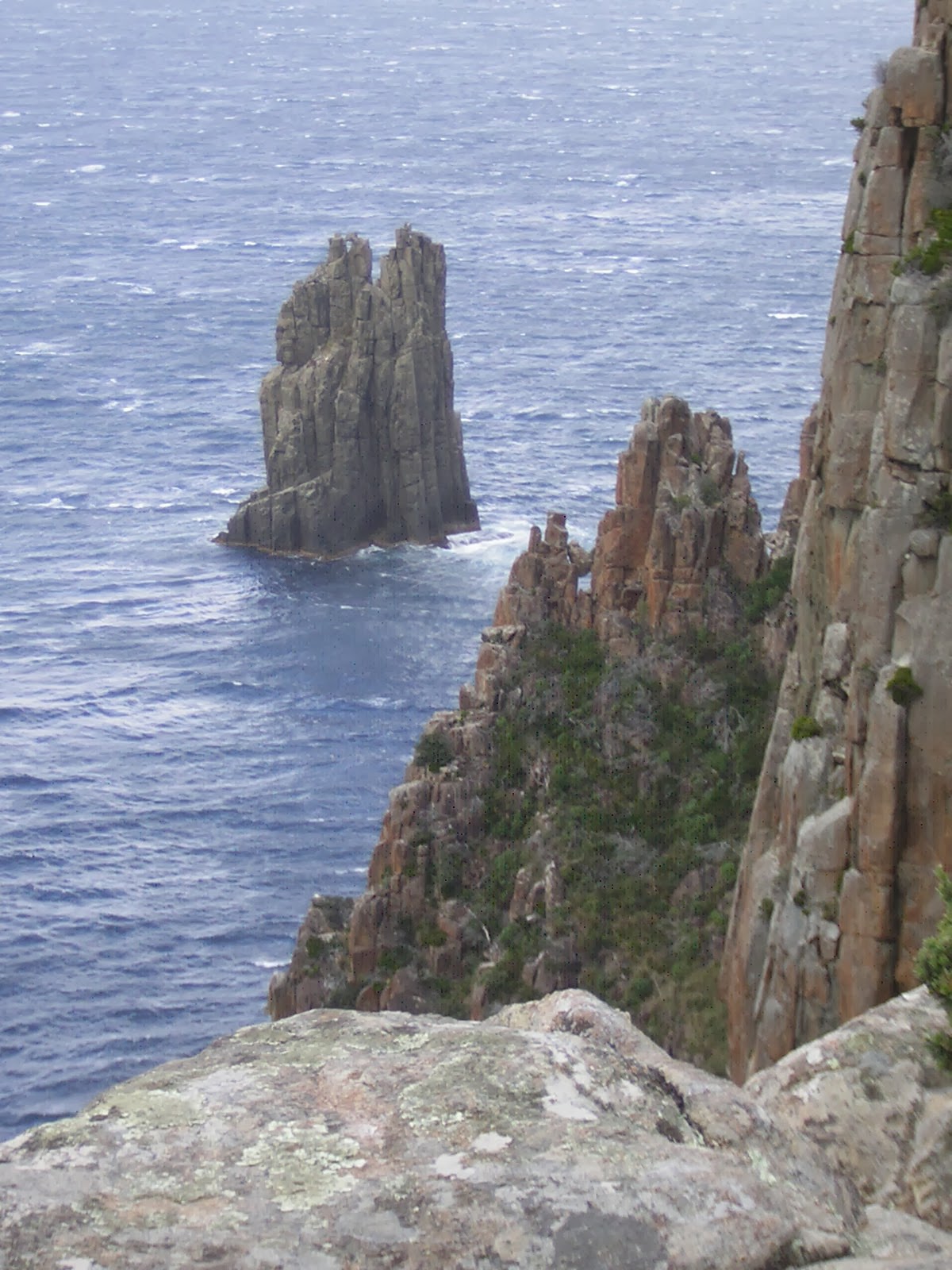 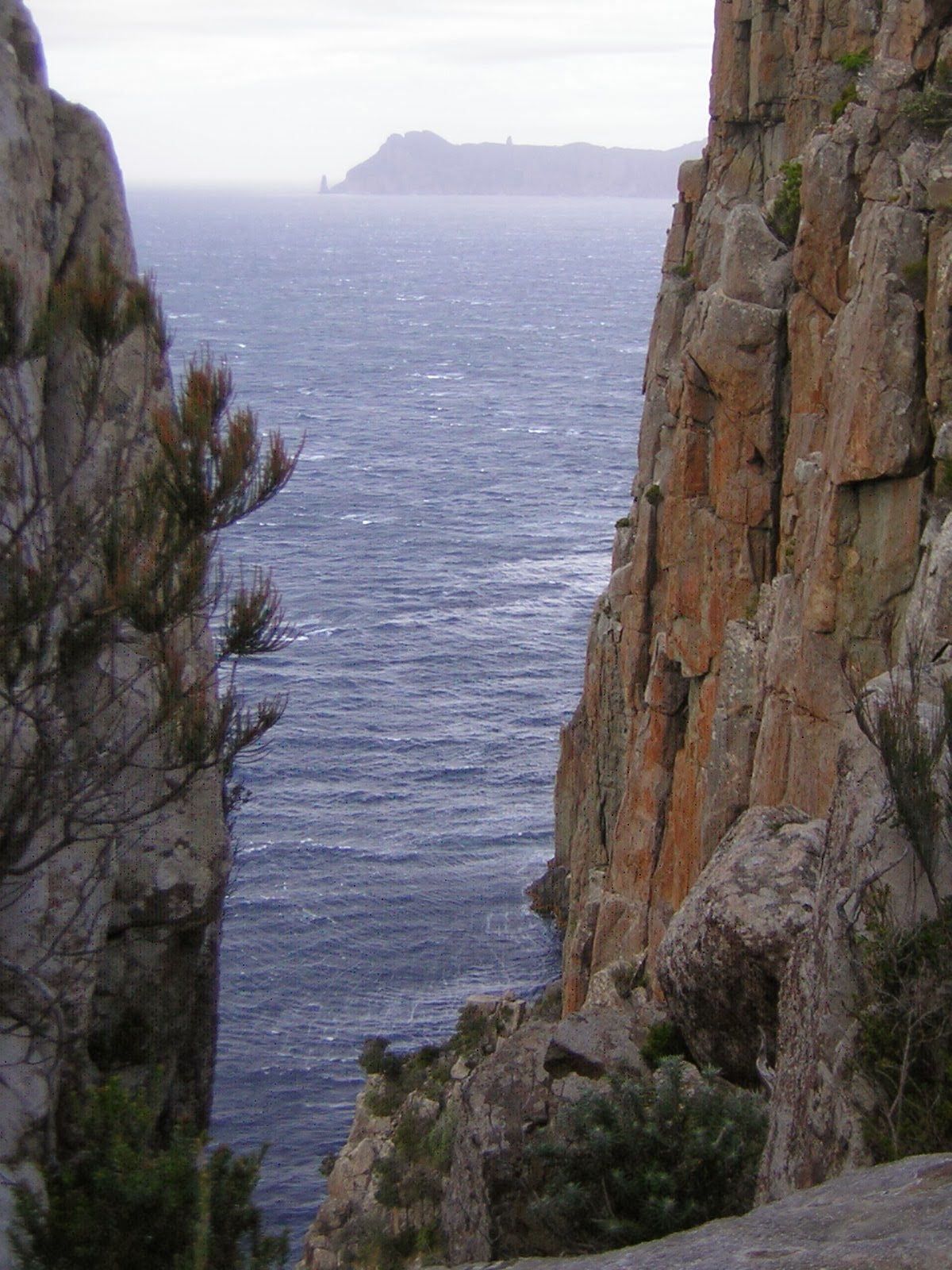 Towards the southern ocean. 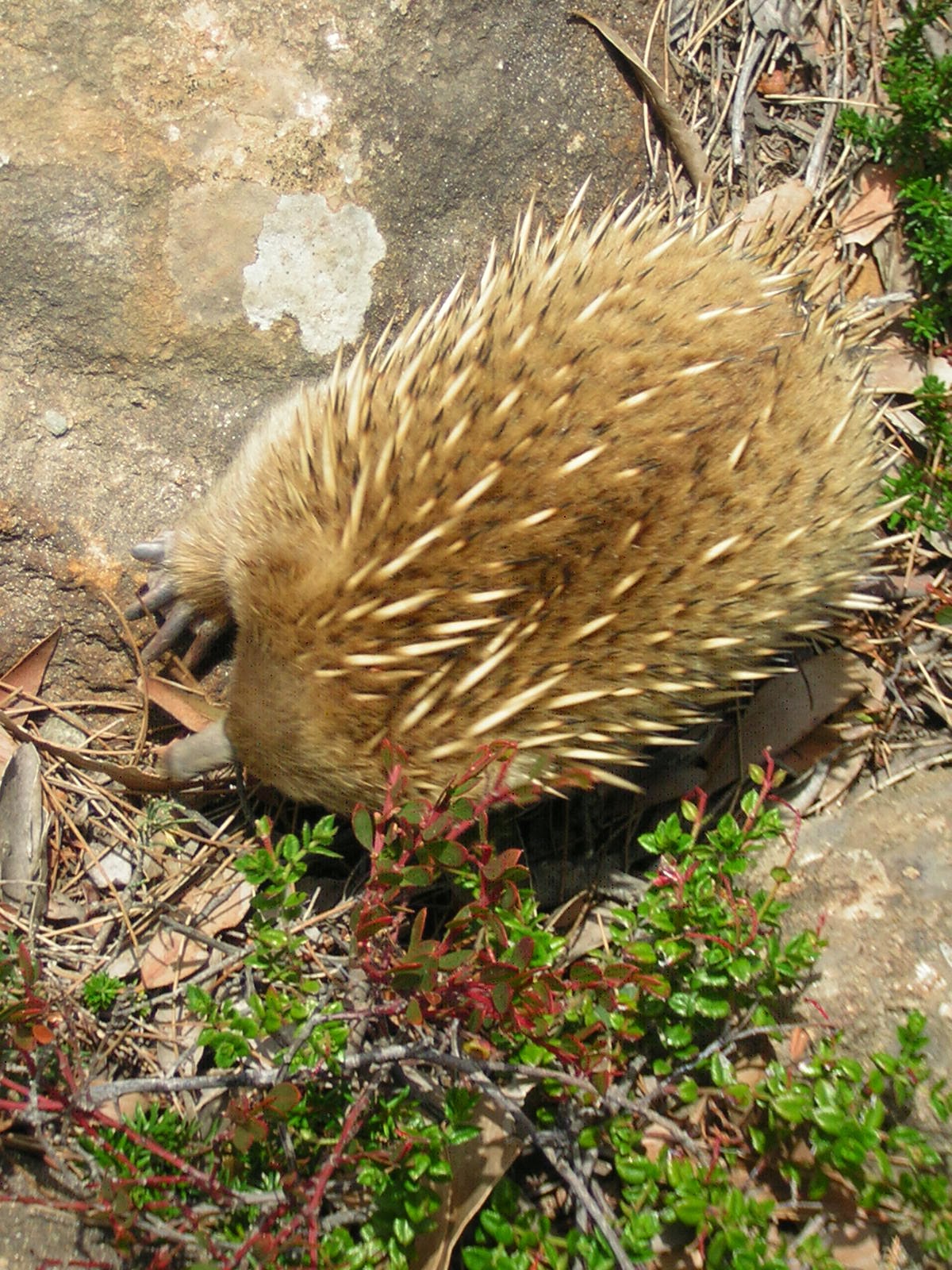 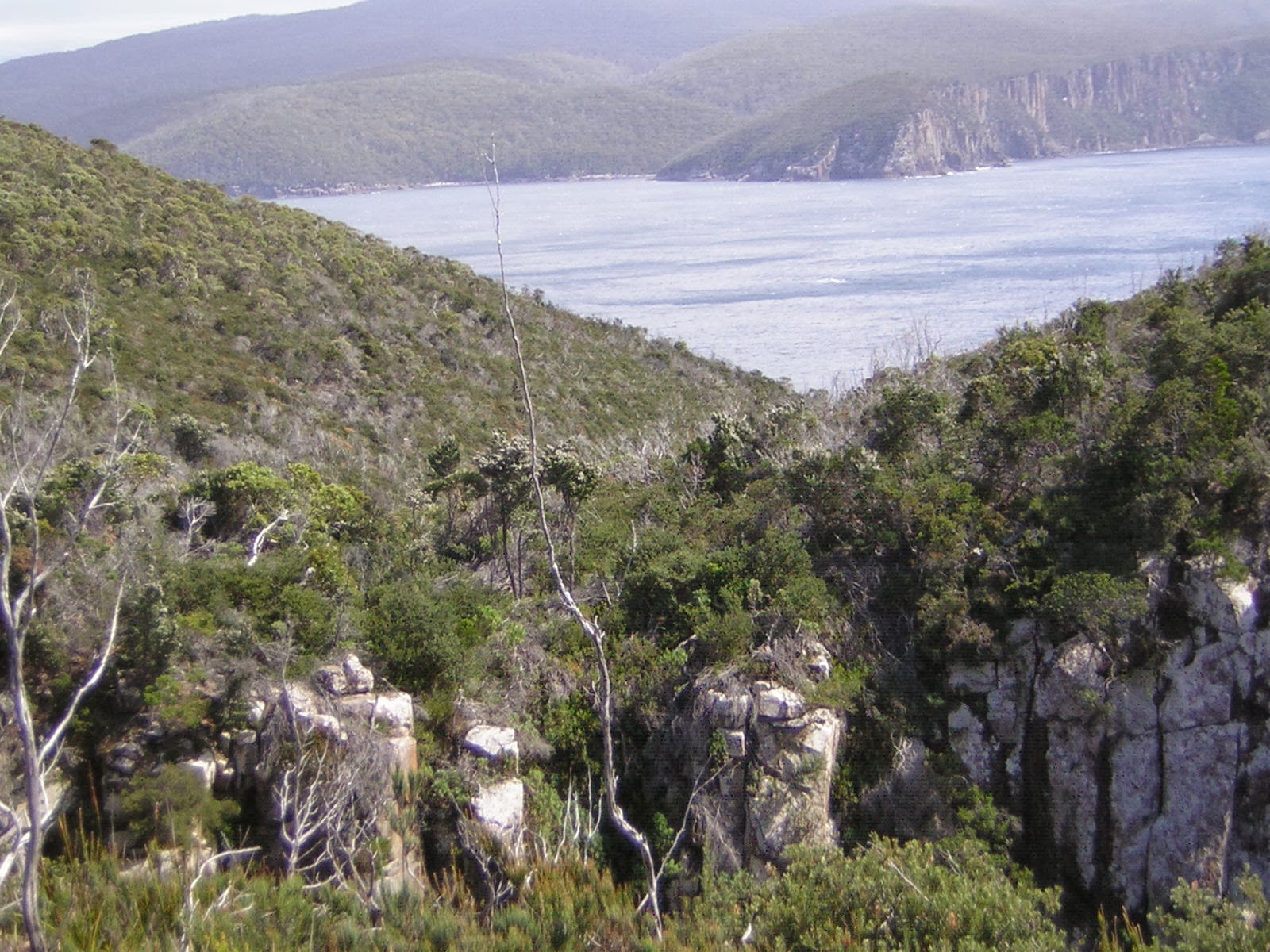 Looking back towards Fortescue Bay.

Read more »
Posted by Peter Kreet at 4:11 AM No comments:

Where do we find home?

What do we mean by Home:

With half the world’s population apparently in search of a new homeland, the question arises as to what qualities or lifestyle a human being seeks in finding a place they may call home.


Naturally most people consider home the place or country in which they were born as home, their motherland or fatherland as the case may be. Over the centuries peoples have travelled far and wide the search of some illusive quality they consider desirable. Historically it would be fair to claim most moved either for economic reasons [overcrowding,. better hunting or cultivation of crops, forced removal, ] and so on would cover most of the popular reasons for leaving your birth place for the unknown.


How applicable are all these reasons in the international world of the 21st cent., were we are witnessing the redistribution of ethnic or religious groups on an unprecedented scale.


Although it could be claimed that the relocation of an individual is less stressful than say a family group, the heartache is often the same. Moving in today’s world is often associated with conflict and assimilation not always assured.


To return to individuals on a more personal level, the meaning of home has different meanings. There are different words to describe this state, homelessness, homesickness, exile, alien are simply a few. To be homeless is self-explanatory to live on the street needs no explanation, but to be homeless may also mean stateless that to some extent means the same thing, you have nowhere to go.


Homesickness is entirely a different proposition, it presumes you have left your birth place for some reason, economic, adventure, or it just seemed a good idea at the time to go to some foreign or distant location, a place that does not qualify as the village down the road, somewhere exotic the unknown.


One of the strange conditions about homesickness is that there is often a reoccurring desire to return “home” in later life. This is particularly noticeable here in Australia were some 40% of the population are foreign born. You would imagine that regular visit to their homeland would quell this thirst for home, but this assumes that “home” remains the same, which of course it doesn’t.

Over the years I have spoken to many migrants who after living here in Australia for many years still don’t feel fully at home here. Sometimes due to cultural customs, the landscape, language, lack of contact with their stay at home relatives. Yet when they return home after years of absence, find they no longer relate to their mother country in the same way as before. Often due to new economic circumstances, migration or new political developments, nothing unfortunately ever remains the same. Some migrants who have taught their children their mother tongue find that their native language has moved on, and their version has become rather dated in their mother country. To some extent they have become stateless or citizens of the world belonging to no country in particular.


I often feel much of the dissatisfaction in their lives is due to this condition, that they no longer belong anywhere anymore. They belong to no country that they can truly call home, in the true meaning of the word. All of us set out on the adventure we call life without sufficient consideration of the long term consequences of our decisions. To further complicate our desire to belong somewhere there is the problem of marriage between different ethnic groups, now some 30% of the population marry into different ethnic groups, creating a new people a refinement that appears to focus immigrants on their new country, their new homeland as this is now the mother of your new life.

Posted by Peter Kreet at 3:46 AM No comments: